Hi Norm, Just back from our trip to the W.A. and the Kimberly’s. OzHitch went really well so thought I would let you know. My wife found it novel that she could even use it with ease and by the end of the holiday it became a competition between the wife and young son as to who could unhook the quickest. Congrats on an awesome invention…. Why did you take so long to invent it?

So my question is WHAT ARE THEY THINKING ??? Lets face it small engines are economical and it might be nice to have good economy from a large vehicle, but lets also look at some home truths here. A small engine is not going to last long under the strain of a 2.5ton caravan or even a large camper trailer. Nissan have tried this for years in the Patrol with a 3LT turbo charged engine in a 2.8ton vehicle and now the vehicle has a bad name in the 4 Cylinder market because they blow up at 100K. In my opinion Nissan have made a huge mistake with this small engine. Many other manufactures are doing similar with 2.5LT and up to 3.2LT engines in there ute’s and wagons most a lot more successful than Nissan’s blunder mainly because of the vehicle weights being around a ton lighter than the mighty Nissan to start and lets face it most of these vehicles never see the dirt or a decent load in the back or being towed anyway. I have a 4.2LT Patrol and its the bomb when it comes to towing and I only tow a 1.2ton camper and sometimes I wish I still had a bit more grunt with that on but I definitely wont be going harder on the turbo as I want my engine to last. 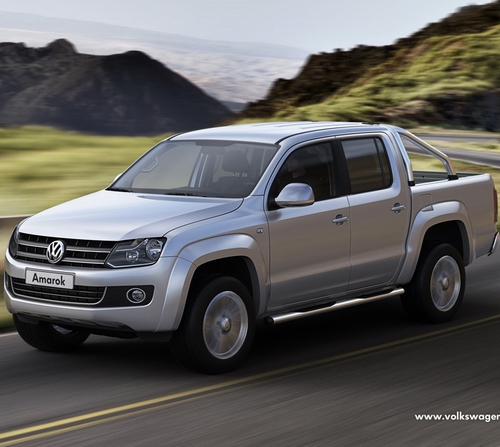 Here is the next question… do any of you know how much pressure they put on those small engines to make them go like they do. I bet only a small percentage of you readers out there know. Because the ones that do know don’t buy the small engine cars because they know they don’t last. Well let me tell you. My 4.2LT Patrol has a turbo boost of around 12Pound, those little engines that are developing more torque and horsepower than my 4.2 Nissan with an after-market larger turbo and an inter-cooler have around 30boost. That’s nearly 3 x the boost on a small engine that cannot take as much punishment as my engine in the first place. Lets look at the classic case of the new VW 4×4 ute the Amarok on the market, it has a 2LT twin turbo engine developing more NM of torque than an engine 2 and a bit times bigger. WHAT THE HELL is going on there. Do you reckon towing a 2 ton van with that and all the pressure its going to have to deal with is going give it a long life.

I think its time for a vehicle that bridges the gap between the small 2 – 3.2LT engines and the likes of the big V8′s and soon to be released Nissan’s 5.6 LT V8. What about a decent real 4×4 built to the quality of the mighty Nissan Patrol 4.2LT but in the size of a Pajero with a 3.5- 4.2 LT V6 diesel, now that would get me excited. Towing with something like this would be a pleasure and if you are going to tow off road get a decent off road hitch or off road coupling or you will be again taking a short cut that will cost you some way at some time.