Hi Norm, Just back from our trip to the W.A. and the Kimberly’s. OzHitch went really well so thought I would let you know. My wife found it novel that she could even use it with ease and by the end of the holiday it became a competition between the wife and young son as to who could unhook the quickest. Congrats on an awesome invention…. Why did you take so long to invent it?

My first tip is so important I’m going to make it a bit of a story. As my first towing tip is one of the most important that very few people ever consider, I’ll post this in questions. 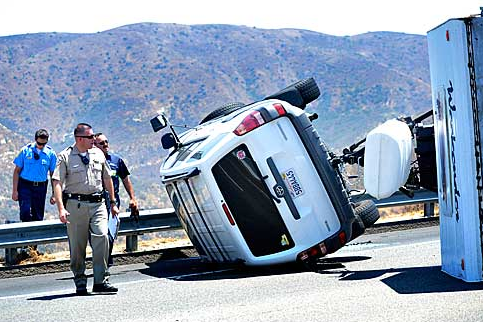 So here is my first tip. When you pack a trailer or van for the first time outing always go over a weighbridge and find out if you are within the trailers maximum load capacity. Why because a huge amount of accidents happen from overloading. You also need to check the vehicle manufacturers maximum allowable towing capacity. Every vehicle is different. What about the weight range of the tyres on the trailer/van? Are they a light truck tyre? Can they carry the load?

Now remember, just because its under weight this time doesn’t mean its going to be under weight next time. Different trip types require different gear hence the change in overall weight. Believe me its very easy to get caught out. Offroad towing can make things even more dangerous especially with driving on corrugations.

I once had a customer who was complaining that the springs on his camper trailer were rubbish and not of a good quality. So I suggested he bring it round fully loaded so I could see the problem they were experiencing. I asked Tony what he thought the trailer weighed as I knew it had a max capacity of around the 900kg. He suggested quite firmly that the things they had packed were mostly light things and there was no way they were anywhere near the max capacity of 900kg. The trained eye could see it was way over so without arguing I suggested we go for a drive to the local weigh bridge. We did and this is where his eyes nearly popped out of his head when he saw the weigh bridge meter hit 1350kg and he didn’t even have the tinny on the top he usually carried. That’s 450kg over weight. The only problem he had was to much gear. So I reckon you can imagine what a surprise he had. Its easier than you think.

If your trailer is overloaded and or your cars towing capacity exceeded what chance have you got in an emergency stop. NONE.

Have a look at the safe towing information booklet.

These letters might be written on the side of your trailer or van:
(ATM) Aggregate Trailer Mass is the total mass of the laden trailer when carrying the maximum load recommended by the manufacturer. This includes any mass imposed onto the drawing vehicle when the combination vehicle is resting on a horizontal supporting plane.

(GTM) Gross Trailer Mass is the mass transmitted to the ground by the axle or axles of the trailer when coupled to a drawing vehicle and carrying its maximum load approximately uniformly distributed over the load bearing area.

Your next tip is
If you want to get to 90 degrees don’t do it at 90 kilometres an hour with a overloaded trailer.